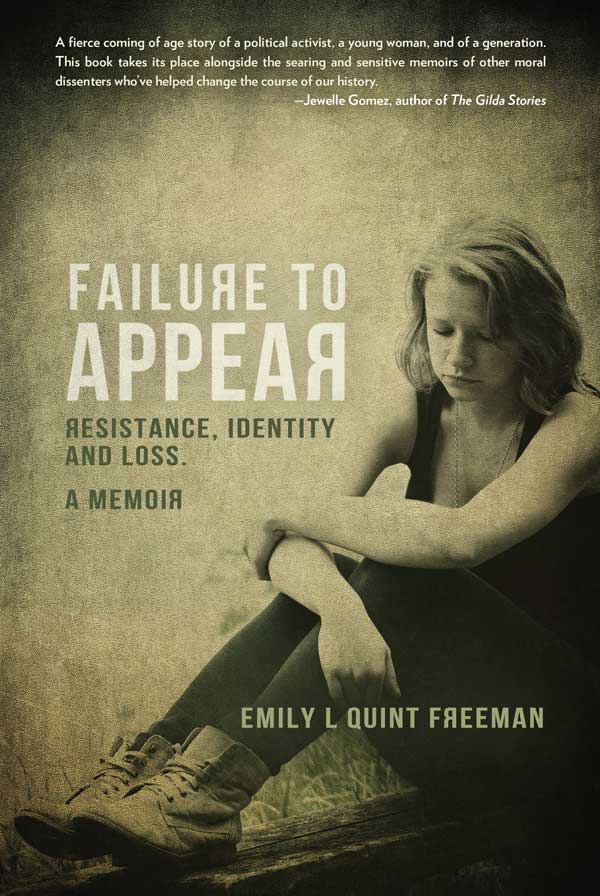 Resistance, Identity and Loss.
A Memior

This vivid, no holds barred page turner, Failure to Appear: Resistance, Identity and Loss, is about a lesbian of conscience who became a fugitive, on the run for over nineteen years using several identities. A gripping story about finding your true self and your sexual truth during the turbulent late sixties through the late eighties, against the backdrop of the Vietnam War, the Nixon and Reagan years, the Women’s and Gay Liberation movements, and the AIDS crisis.

Emily’s story delves into family rejection, the price of ideals, lost love, the agony of an underground existence, and personal renewal.  As a university student, she became an activist for peace and social justice. One May night in 1969, Emily and seventeen others hauled somewhere around 40,000 records of draft-eligible men from the draft board office on the South Side of Chicago and burned them, as an act of non-violent civil disobedience against the Vietnam War and racism. The group waited at the scene, singing “We Shall Overcome”, and were arrested. She takes us on her journey, living underground for 19 years, before finally emerging into the light. 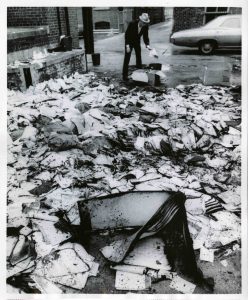